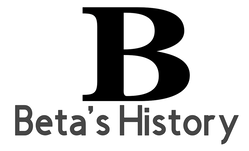 In December, 1949, Agnes Shipman traveled throughout Atchison County, Kansas, visiting schools and invited 15 teachers to join Alpha Delta Kappa.  One of the teachers she visited that day was Eleanor Brown Norton.  “Agnes came to my school.  I was in the process of preparing for our Christmas program and was an easy mark.”  That same day Agnes visited Lois Jean Hines and Donna Meng.

The 15 teachers Agnes visited met on December 10, 1949, along with the founders, Miss Shipman and Mr.  and Mrs. Neal, for a reception in the Mandarin Room at the Atchison Hotel.  That evening, ten of the 15 became charter members and were initiated and elected to office.  Those officers were Evelyn Butler, president, Alice Marie Bond, vice-president, Lois Jean Hines, secretary, Pearl Handke, treasurer, Louise Higley, Keeper of the Archives, Gettie Repstine, Sergeant at Arms, Eleanor Brown and Violet Heim as Chaplins, Lois Ann Neiman, Program Chairman, and Donna Meng, Publicity Chairman.

According to charter member, Lois Jean Hines Myers, in an interview for Beta’s 40th anniversary, “Upon the recommendation of our county superintendent, Agnes Shipman (Robertson) came by the two-room school where I was teaching 20 fifth, sixth, seventh and eighth graders.  In this building, we had a janitor and running water, two conveniences I hadn’t had in my previous position.  I was making $210 a month, and I was planning to get married the next summer.  So, life was good.  Why, then, did I give this not-to-prosperous looking woman the $5 initiation fee?”  She and Eleanor both thought they’d seen the last of those five-dollar bills.  Lois also liked to share about watching Agnes open her trunk and taking out the cookies and kool-aid she’d brought for refreshments.

According to Beta’s late sisters, Alpha Delta Kappa was a positive influence in their lives, both personally and professionally.  In April, 2019, Beta lost their last remaining charter member, Lois Jean Myers, who had shared this insight.  “Alpha Delta Kappa has been a highlight in my life.  I enjoy chapter, district, and state meetings, and find regional and international meetings exciting.  I joined ADK because the list of prospective members consisted of teachers whom I knew had reputations of probity.  The philosophy and goals of Alpha Delta Kappa coincided with mine, and, gee, it sounded prestigious.”

Late sister Eleanor Brown Norton stated, “Beta chapter has been a great asset to me.  It has afforded my attendance at 7 of the international conventions, all the state conventions and all the regional meeting in District 2.  Best of all, it has paid out a hundred-fold in the friendships of those we have initiated into Beta Chapter and all the cronies I have cultivated over the state.  Beta Chapter will always hold a special place in my heart.  I look forward to each meeting and seeing the delightful faces of all the young members.  I appreciate each member and all that Agnes has done for the sorority, and I thank God that she stopped in that December day in 1949.”

“We are proud to be members of Alpha Delta Kappa,” affirmed late sister Pearl Handke.  “Through Alpha Delta Kappa we have been blessed with love, strength, happiness, and inspiration to continually strive onward to become better individuals and better teachers.”

It is thanks to the leadership and dedication of those 10 charter members that Beta has grown and progressed for 72 years.  Beta’s current members agree with the charter members assessment of Alpha Delta Kappa whole heartedly.  ADK provides personal and professional support and friendship to all its members.   It is the goal of Beta members to continue this tradition for years to come.
Beta strives to hold monthly meeting and participate in state and district endeavors.  Beta continues to support a variety of altruistic projects to support the community and educators in this area. This year Beta contributed to TRIO for Highland Community Junior College and provide backpacks full of items for foster children in this area.  Yearly fundraisers are also held to support the causes of Beta and Alpha Delta Kappa.
Beta has had two members who have gone on to hold the office of state president.  Donna Meng Dittemore, charter member, was president in 1990-92, and Joyce Perkins, a former Beta member, was president in 2006-08.
​
Beta now has 24 members coming from five counties in Northeast Kansas.  Current Beta officers are President, Connie Yaussi, President-elect, Nancy Fuhrman, Recording Secretary, Nancy Myers, Corresponding Secretary, Paula Hall, Treasurer, Patty Bevis, Chaplain, Nancy Keith, Historian/Publicity, Nancy Jo Fasse, Sergeant at Arms, Jeanie Strube, and Immediate Past President, Dixie Westervelt.
Other Beta members are Linda Bottroff, Linda Buttron, Donna Dunn, Charlotte Gigstad, Beth Jensen, Joan Keighley, Lynn Lanter, Linda Reimond, Betty Robison, Brenda Royer, Wanda Small, Tana Snyder, Nita Zeit, and new members, Barbara Scoggins and Katie Scoggins.